You know the saying “One man’s junk is another man’s treasure?” Well, for me, the saying should go “One family’s junk that is sold on eBay makes for a nice contribution to a house down payment.”

My husband and I have been married for three years. When we got married, we each had a home to sell so we rented a home until both of our homes were gone. Finally, it was time for us to look for a home to buy together.

Since I also have my real estate license, we were able to take our time looking at homes that might fit our blended family. We wanted to stay in the same area so the kids wouldn’t have to change schools. After looking at what seemed like every for sale house in the school district, we finally found THE ONE.

We got the contract written up and signed and were officially under contract. Woot!!

Since we are a blended family, we had pretty much two of everything – one from his house and one from my house. In our current home, we would use one, and the other stayed in the basement. 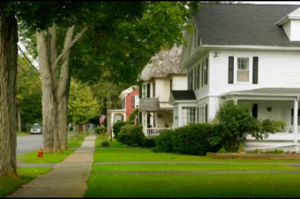 I’ve always had great success selling items on eBay and Craigslist. One Christmas when I was still a single mom and on an extremely tight Christmas budget, I sold enough of my “junk” on eBay to cover presents for my son and parents, plus enough leftover to make my car payment that month. Score!

I began in the basement. Tables, chairs, sofas, boxes of dishes, lawn equipment…you name it – it was down there. I took pictures of all of the items that were sellable, and determined what would sell best on eBay, and what would work best for Craigslist. Most of the heavy items were listed on Craigslist, because no one is going to buy a sofa on eBay and have it shipped to them in Minnetonka, Minnesota when you’re living in Atlanta, GA. Those items are best put up for sale locally.

I then moved into my closet. What had I not worn for at least a year? Those designer clothes in the back of my closet? Yep – those were going on eBay. My Coach and Dooney & Burke purses that I have not carried in three years? Those went on eBay too.

Those two broken lawn mowers that have been sitting in the basement? Craigslist allowed me to find a gentleman that bought them for $50 so he could rebuild the engines and make three times reselling them. And that stationary bicycle that has unfortunately collected more dust than sweat? Hello Craigslist, and another $100 in the bank.

Dave Ramsey recommends doing this when you’re getting out of debt. Since my husband and I don’t have any credit card debt, we decided that any money we received would go straight to our home down payment. (He also says to sell so much stuff the kids think they’re next! HA! Love that Dave Ramsey, however, no one in their right mind would buy our kids.

By the time it was all said and done, in less than a month I had sold over $2,000 worth of clutter out of our home.

And you know what one of the best parts of this story is? It’s less stuff for the movers to move, which resulted in a smaller quote from the moving company.

But when you’re moving and need to get RID of stuff instead of GETTING stuff, our motto is “if it’s sellable, then it’s going on eBay!”

4 thoughts on “How eBay Helped Us Buy Our Home”